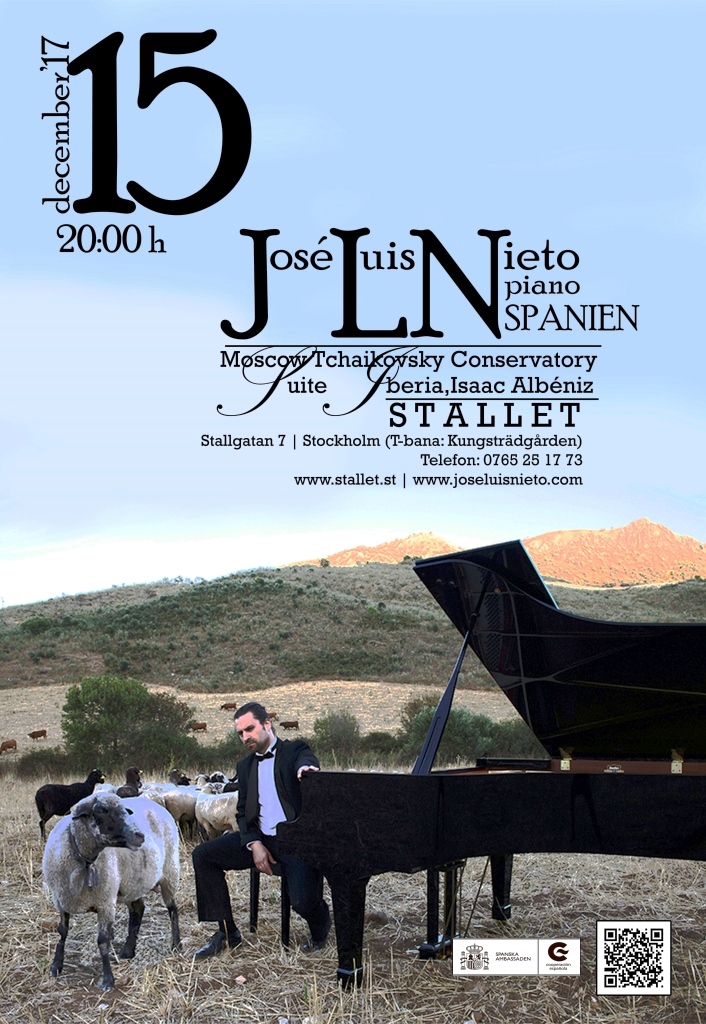 “THE IBERIA – sketches from Spain” is the proposal for the Stockholm public by Jose Luis Nieto, one of the best Spanish pianist of his generation. He wants to bring Spanish passion to the Stallet Theater, offering a version of the Suite Iberia by Isaac Albeniz, almost unknown worldwide. Recently he has been performing the Suite Iberia in well known Concerts Halls located in cities such as Saint Petersburg and Murmansk in Russia and Hamburg and Munich in Germany. Other concerts has been arrange for 2016-2017 in Copenhagen, Cambridge, Prague and Dusseldorf already. This shows Jose Luis Nieto’s maturity and his talents which have already been attained when he was still a young artist. Nieto is one of the best Hispanic-Russian artist of his generation – from Cadiz (El Gastor, 1977) – with a Master’s Degree from the Moscow Tchaikovsky Conservatory,  one of the best Schools with a worldwide recognition for its excellency and the quality of its education, is a “polished gem” by the bestmusical goldsmiths from Russia and Spain.

As the personal responsible for the Aula Universitaria Hispano-Rusa from Cadiz University, each project is always special as a son we pamper all our life but time to time we have initiatives that capture our attention. This happen with “THE IBERIA – Sketches from Spain” by Jose Luis Nieto and its performance in Stockholm.