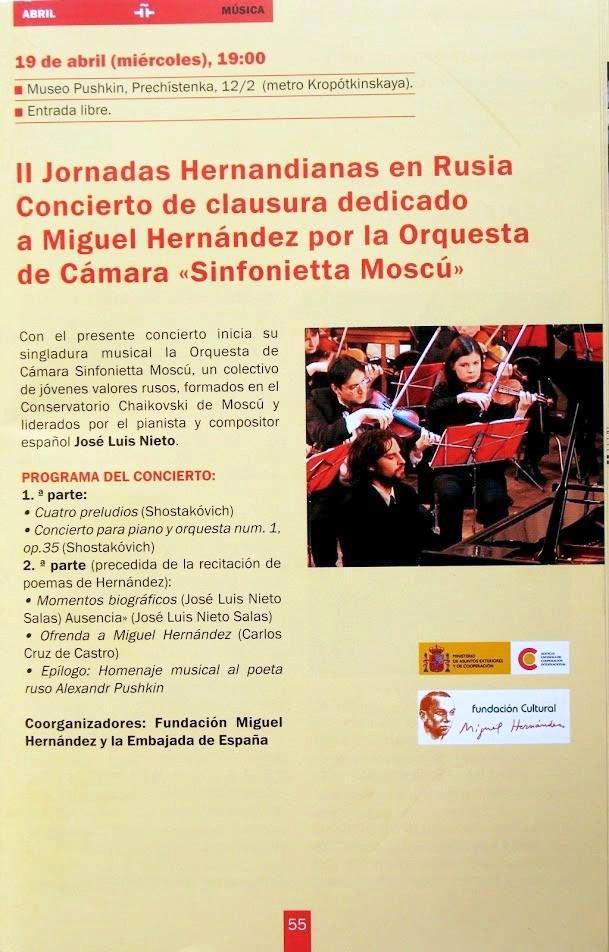 The Russian Symphony Orchestra “MOSCOW SINFONIETTA” was founded on 18 April, 2006, at the Pushkin Museum of Moscow, following an exhaustive selection process among young russian musicians, trained at the prestigious P.I.Tchaikovsky Conservatory of Moscow. During selection, priority was given to the artistic and professional attributes of the candidates, as well as their internationally won prizes and recognition, resulting in a collective level of the highest standard. Despite their youth, with an average age of some 30 years, they can call upon much experience of performing in many countries, including Germany, France, Spain, Russia, USA, Italy and Japan.

Lead by the talented young spanish pianist and composer José Luis Nieto, graduated from The Moscow P.I.Tchaikovsky Conservatory virtuoso and energetic playing and interpretation are the principal characteristics inspiring the performances of these young musicians of the russian school.